First of all, let’s differentiate between a copyright violation from academic plagiarism. The first is a theft of somebody’s intellectual property without giving credit to its owner, and it is punishable by the criminal code. The second is the use of someone else’s words—even if they are not protected by a copyright—without the proper indication of a source. The latter is more likely to be within the scope of the ethics code.

We give this explanation, as some people believe if there is no copyright and no author indicated, it is public “common knowledge” that can be used in a paper without reference. That is why at the beginning of each course, it is crucial to explain what academic integrity is, and what academic plagiarism is.

We also recommend each educational institution to have a document explaining the principles of academic writing as clear and simple as possible. This will prevent a huge percent of plagiarism attempts, as students will not have the “I didn’t know it was plagiarism” excuse.

Why is it important to prevent plagiarism?

Plagiarism is fraud and as such, it influences one’s progress in studies and the comprehension of ethics and morality. It can also affect the future reputation of a student, if any cases of plagiarism come out.

Even though we have finally taught the younger generation that intellectual property is exactly the same property as material goods, there might still be difficulties with public property. There are people who think that if the appropriation of something does not harm anyone, it is not a violation and hence, it is permissible.

For this category of plagiarists, we need to clarify why society does not accept scientific appropriation:

–  Scientific knowledge must progress. If all scientific works were a mere rewriting of knowledge that already exists, with no original content, the stagnation of science would begin.

– The thoughtless copying of someone else’s text doesn’t lead to a student’s progress. The copy-paste practise has a negative effect on memory, self-esteem, and can also lead to the disability of a student to create something unique in the future, as creative abilities have a tendency to atrophy if they are not used.

How to prevent plagiarism

We should understand the reasons behind plagiarism.

These are some examples of how a student might think:

Reason: I plagiarised because the source was very well-written. I will never write it better, so why should I even try.

Response: Explain the rules of quotations to such students. It is okay to use good words by others. All you need to do is to cite them properly.

Reason: I plagiarised because my parents will be upset if I get a bad mark.

Reason: I plagiarised because I did not have time. I wanted/needed to do something else.

Response: Talk about priorities. A small explanation of how important it is for you to hear the student’s own opinion will help to cut off the plagiarists who came to it because of the fear of failure.

Reason: I plagiarised because the subject is difficult/not interesting and I will never need it in my life.

Response: Talk about ethics and morality. A student should follow the academic integrity or the honor code of your school or college. In case the topic of the paper is difficult or seems to be not that interesting, make sure to talk to your instructor beforehand. Teachers are able to give a more detailed explanation of the subject and its importance in education.

It is always better to prevent something than dealing with bad consequences after.

To prevent plagiarism, you can

What is considered plagiarism?

The honor code divides several types of dishonesty and plagiarism:

1.Plagiarism of text, aka borrowing without attribution

This is the most common kind of plagiarism that is not acceptable in any kind of educational institution, as it is a direct theft of someone else’s text. In word-to-word plagiarism, plagiarism-detection software will show 75%-100% of non-original text.

“Shakespeare’s plays are divided into five acts. The acts are then divided into scenes. Read a comedy and a tragedy, such as “As You Like It” and “Macbeth,” paying special attention to the structure of the play and what Shakespeare tries to accomplish in each of the big parts.” – Roy Peter Clark, “50 Writing Tools”.

Shakespeare’s plays are divided into five acts, which are then divided into scenes. Read any comedy and any tragedy, like “As You Like It” and “Macbeth,” taking notice of the structure of the text and what Shakespeare tried to cover in each part.

“Shakespeare’s plays are divided into five acts. The acts are then divided into scenes. Read a comedy and a tragedy, such as “As You Like It” and “Macbeth,” paying special attention to the structure of the play and what Shakespeare tries to accomplish in each of the big parts” (Clark).

Text is taken into quotation marks, as it is a word-to-word quote, and an in-text citation is included. Word-to-word quotation is mainly used when ideas are so well written, that there is no sense in paraphrasing them.

This is stitching paraphrased parts from different sources into one paper. This demands some skills from a student, as well as an understanding of the text. Depending on the level of paraphrasing, the detection programs will show from 50% to 0% plagiarism. When you will explain the difference between good and bad paraphrasing to your students, you can give this example:

“Shakespeare’s plays are divided into five acts. The acts are then divided into scenes. Read a comedy and a tragedy, such as “As You Like It” and “Macbeth,” paying special attention to the structure of the play and what Shakespeare tries to accomplish in each of the big parts.” – Roy Peter Clark, “50 Writing Tools”.

The plays are usually divided into acts and scenes. Shakespeare’s plays are divided into five acts, and then into scenes. For this exercise, choose a comedy and a tragedy, such as “Much Ado About Nothing” and “Romeo and Juliet”, taking into consideration the structure of the play. Think of the message the author tries to cover in each of the big parts.

According to Clark, Shakespeare’s plays are divided into acts and scenes. There are five acts, and then each act has several scenes. For this exercise, choose a comedy and a tragedy, such as “Much Ado About Nothing” and “Romeo and Juliet”, taking into consideration the structure of the play. Think of the message the author tries to cover in each of the big parts (Clark).

Paraphrasing still requires a citation, since the meaning and structure of the text is borrowed from another source. Paraphrased text is put into your own words and due credit is given to the author.

This means the student uses his or her own good ideas again and again, without creating new scientific knowledge or any kind of original content. Though it is great that a student has created something worthy once, if he or she uses old works as new ones, that is also plagiarism.

This means help obtained from a writer, and the copying of a text with the consent of the initial composer of a paper. This is something we cannot easily detect as well. If you have doubts about somebody’s honesty, ask questions. For example, ask to describe the book used, to retell the text of the work in the student’s own words, to tell how the work was written and with what difficulties the student met while writing it.

Remind your students that even the slightest hint of plagiarism can affect one’s academic reputation a lot. One of the brightest examples of scientific plagiarism of the last decade is the Jane Goodall case. In 2013, she was accused of plagiarism in her book “Seeds of Hope”. The book was edited before publication to exclude all inappropriate borrowings, but with scientists of that level, accusations of academic misconduct can not be forgotten (even if you are a lovely animal-lover and the prototype of Jane from “Tarzan”).

How to detect plagiarism? 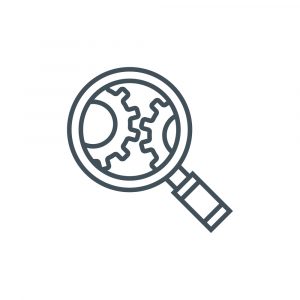 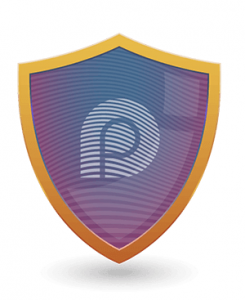 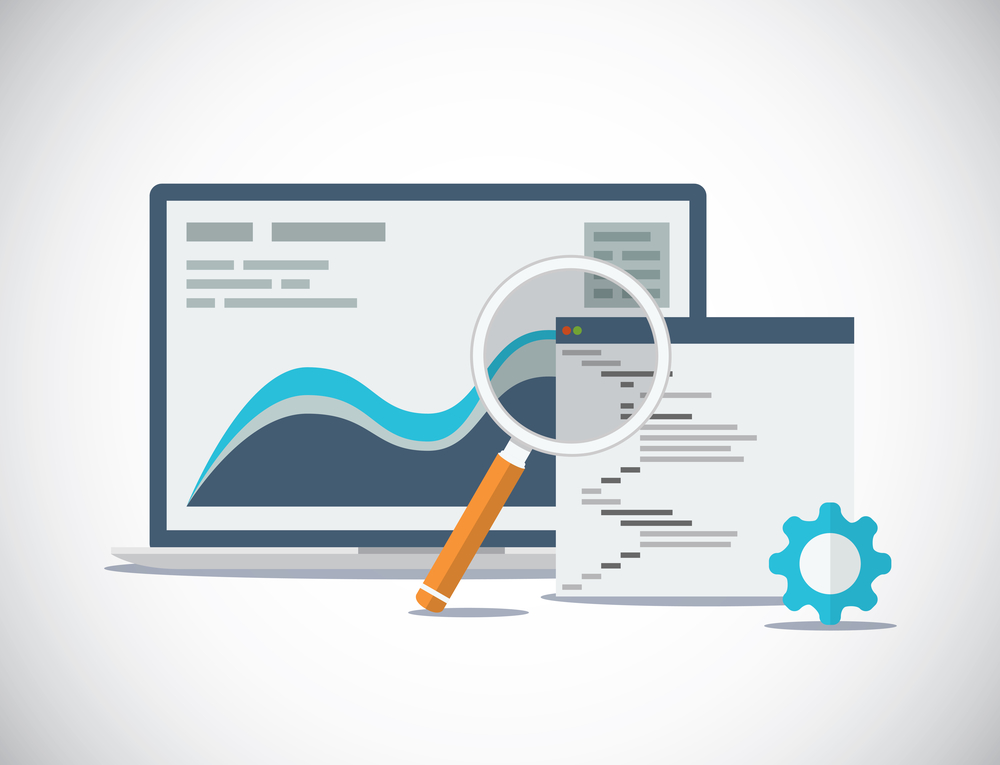 A plagiarism report indicates the percentage of the paper’s originality, and shows which parts of the text have already been published in open sources on the internet. It gives direct links to all sources where similarity has been detected.

What to do when plagiarism is detected?

We recommend you to consider these options:

Please, consider that today plenty of academic papers are of high importance. They affect students’ futures, even their career choice.

We would also recommend you to read Cheating Lessons by James M. Lang.

It is a book about the behavior of students and methods to avoid cheating. There are some examples from the past, some behavioral analysis, and simple ways to decrease plagiarism in your classrooms.

How not to do: prominent cases of plagiarism in 2019

Plagiarism is a type of copyright infringement and a serious legal offense. Al... Read more

How to paraphrase correctly

Students who are not familiar with paraphrasing can easily understand it: it is ... Read more

Blogging is usually seen as a casual experience. Some people believe that since ... Read more

The many flavors of plagiarism

Plagiarism seems to be simple, right? Well, you might not know, but there are ei... Read more

Plagiarism is often caused by lack of understanding and knowledge. It is a so ... Read more

Intellectual property is the one thing a person cannot protect with conv... Read more

The document is loaded and is now being checked for plagiarism.

To continue, please enter your email

We'll be glad to know what you like or dislike about our website. Let us know about your suggestions concerning service enhancement, or any technical difficulties you are experiencing.

Will be withdrawn from your account. Are you sure?

Continue to check the text

Are you a professor, teacher, instructor, or tutor in the education sector? Your thoughts are highly welcome!

Click here or email nancy.christinovich@gmail.com to say what you think on the topic. Make sure your subject line is "Unobvious plagiarism consequences."

If your response adds value, we will add it to this original post.

One step to the finish!